Wow! I had a bit of misadventure at the park last Friday. Not only is my DJI Spark still having GPS/satellite/compass issues but so far it's only happening when I fly with my buddy Joe and his new Spark. Since I was unable to resolve this issue, I ended up flying very carefully compared to my previous flying ventures in the last couple months. On this video, I did a simple lift off and landing on the playing field at Baylands Park. I also did a short flight on one of the walking paths that I may upload as an edited video if I feel the quality is good enough.

In the meantime, I want talk about the other major mishap. With the GPS problem still happening at the park, I ended up flying my Toruk drone (it's a bit of behemoth which is why I nicknamed it the "Beast"). Sadly I didn't realize this last Friday how apt that name was for my drone. Doing the usual preflight and following the flying instructions from the user manual, I proceeded to turn on the drone. I had asked Joe to record the flight on his Samsung Android phone before taking off. What was intended as simple lift off the ground at around 10-15 feet quickly became an uncontrolled rise in elevation to about 100 feet (in roughly 20 seconds). As I tried to do a controlled descent with the controls, the drone ignored my command and started drifting roughly in the direction of the nearby highway 237. I immediately tried to reverse direction back to the middle of the field. When it failed to respond, I had to make the decision to bring down my drone as fast as possible [in pilot parlance -> controlled landing, or a "crash"]. However instead of a gradual crash, the drone did a nose dive into tall tree near the take off point. While it did mid-level, instead of getting stuck the damn drone clipped two of the prop guards and continued flying across the field. At this point, I was started to get worried. Since the drone failed to respond to any of the stick commands, I did what I thought was the only thing left - I cut the power via the remote control. Fortunately the drone ended up crashing on the other side of the field into the dirt (roughly 100-150 yards away). From my angle, I assumed it was going to be a total loss. Surprise, surpise when I got the crash site not only was the drone in one piece but I could hear beeps and what sounded like some of the motors still trying to move. I quickly shut off the battery before picking up the drone. To give you some prespective, it took several minutes from the time it lifted off to crashing in the field. Unfortunately Joe did not record any of the flight which would have made a great YouTube video. Although the last time I flew it a month ago at the beach fairly successfully despite a windy day, this event on Friday has firmly make the decision to never fly this drone again. It's unreliable behavior makes this a serious accident waiting to happen. My biggest concern, which I shared with Joe on the ride back home, was the possibility of injury by myself or someone nearby. I will never recommend anyone purchase this drone model based on this event. In the future, I'm only recommended drones that have proven reliability via technology/features/user reviews. Like most of the DJI line of drones {Phantom, Mavic, Inspire and Spark).

A cool thing happened while flying the Spark today...! 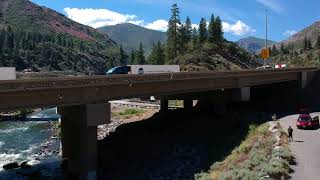 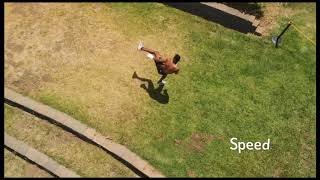 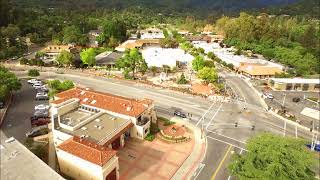 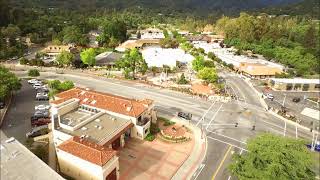